In October, November and December, our guests will enjoy the gardens decorated with giant pumpkins grow in Valtierra. 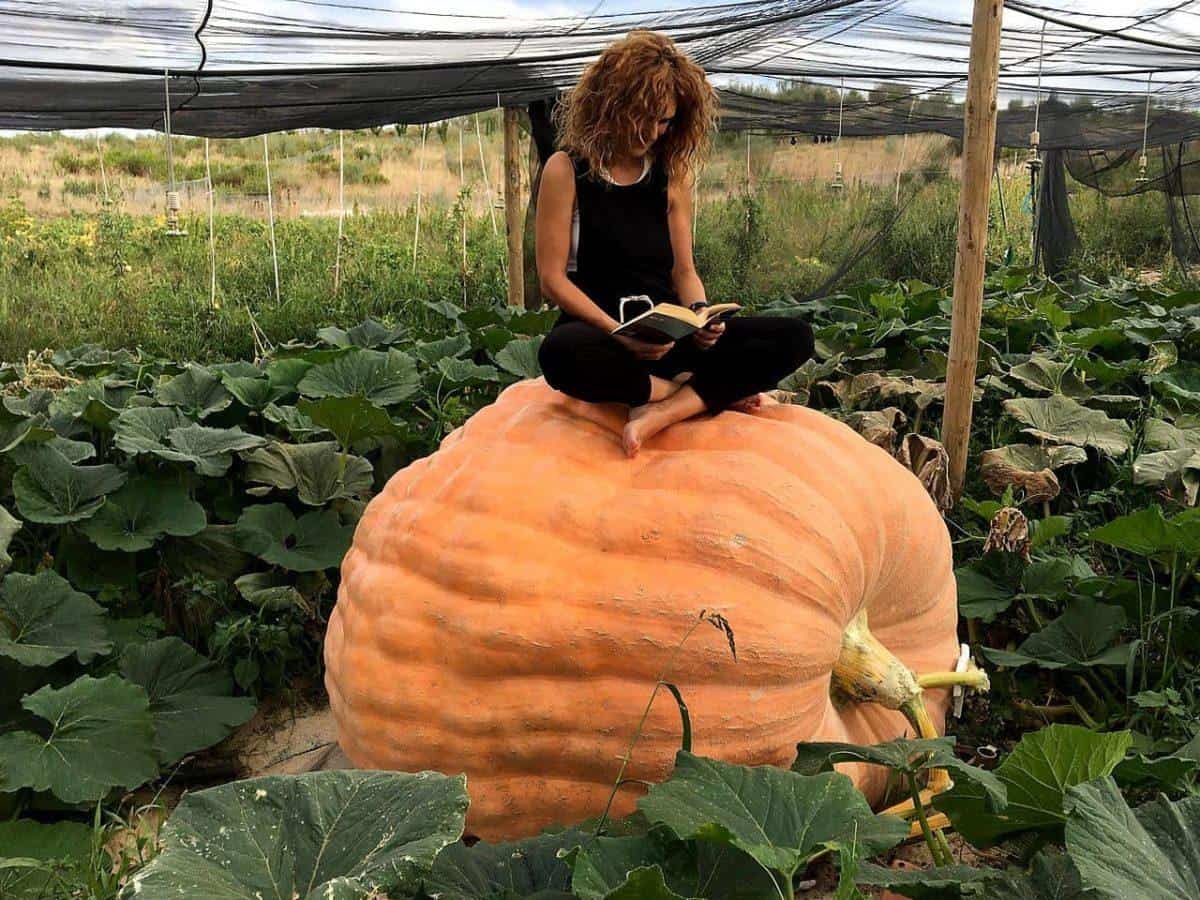 Valtierra is well-kown as the getaway to La Bardena Blanca, from these location you will access to the most beautiful landscapes of the desert of the Bardenas, Castildetierra, Velado de Eguaras and the top hills of Pisquerra and Rayón

In Valtierra it is set Santa María Church, which was built in the XVI century over the ruins of an ancient Arabian mosque, and owns a magnificent Renaissance altarpiece.

You may also visit Condes de Gomara Palace, which preserves a baroque façade, and La Torraza, a Roman funerary monument and the defensive Middle Ages watchtower, the landmark of the town, and several noble houses around the village.

In 2017, we won the Spanish Pumpkin Championship. The pumpkin weight was over 850kg. In the video you can follow the growing procedure and the hard work that involves growing these huge pumpkins.
Bardeneras Cave Houses give you a giant pumpkin seed as a present.